Malama Eco Products are a full line of compostable, biodegradable, degradable and/or sustainable products, and include lunch and dessert plates, luau trays, carry out containers, bowls, utensils, chopsticks and resealable freezer and storage bags in quart and gallon sizes. Every Malama Eco Product is designed to have little or no impact on our environment, yet affordable for everyone every day. Some benefits include:

Less than most other paper-made products

Will not leak even with hot chili

Ttems will break down based on ASTM D/6400 standards, on average this is six to nine months to breakdown

Made from processed sugarcane. Leave trees to make clean air

We created Malama Eco Products to help people of Hawaii save money on products they buy every day. Currently Hawaii buys over 100,000,000 lunch plates per year.  That is enough trees to  cover the island of Kauai cut down every year, and this is only for lunch plates. This does not include dinner, snack plates, bowls, or luau tray. Save the aina and save money with Malama Eco Products. 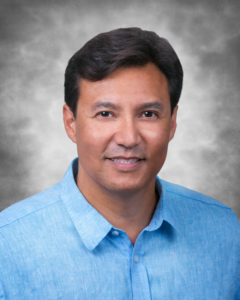 David H. Pang is a partner with Hawaii-based ‘Ilio Products, maker of Malama Eco Products and Teeth Treat™. A pet industry veteran with more than two decades of experience, Pang began his career with a Hawaii pet food and supplies distributor, starting in the warehouse and working his way up to become director of sales. Following this Pang founded his own distribution company supplying pet products to Asia from the United States and to the United States from Asia. In 2004, Pang partnered with the largest vet distributor in Taiwan to open a series of four super pet stores, Pet’s World, which offers a full range of retail, live pets, grooming, vet hospital services and boarding. After returning to Hawaii, Dave opened Pet Spot Ward at Ward Warehouse in 2007, later giving it to his assistant manager in 2010 to focus on ‘Ilio Products.

Pang partnered with Mike Choy in 2008 to create ‘Ilio Products, developing and importing pet products and eco-friendly products to Hawaii and the mainland United States.

Pang studied marketing at the University of Hawaii at Manoa and is a 1988 graduate of Kaimuki High School. He lives in Honolulu with his wife, Jennifer, and their sons Kailoa and Kawika.

BUY AT THESE LOCAL STORES

VIP on Maui
Big Save on Kauai
Friendly Market on Molokai